A breakthrough in production of second-generation biofuel – biobutanol - Sysbiotech

A breakthrough in production of second-generation biofuel – biobutanol

Joint efforts of our team has led to creation of an innovative technology to manufacture environment-friendly fuel of the future – biobutanol.

World energy consumption steadily grows due to increase of the Earth’s population and growth of our energy needs which, in its turn, inevitably leads to increase of carbon dioxide emissions. The only way to decrease CO2 emission without worsening people’s life quality is to use renewable energy sources. One of the methods to solve this issue is using biobutanol as a motor fuel.

Environmental degradation all over the world inevitably dictates new rules of the game and determines increasingly strict requirements to materials used, in particular, to motor fuel. That is why manufacture of liquid biofuel became one of the strategic priorities in economic development of many European countries, USA, Brazil, and other states. According to studies carried out by BP, world’s consumption of energy produced from biomass will increase by more than twice by 2035 (figure 1). And one of the most attractive and promising products in the developing market is biobutanol.

Butanol may be manufactured both from fossil fuel (chemical synthesis) and from biomass (biosynthesis).

Butanol manufactured from biomass is commonly referred to as biobutanol, although it has the same physical and chemical characteristics as the butanol manufactured by traditional method. The only difference is that burning of BIObutanol does not lead to additional emission of carbon dioxide. Butanol is currently considered as a second-generation motor fuel. It is more efficient and has a number of advantages compared to ethanol. In addition, biobutanol manufacture makes good economical sense considering a number of following reasons:

Many companies have already invested considerable funds to develop technology of biobutanol production. However, the goal is not reached yet… One of the reasons is that supposed raw materials for biobutanol production are food sources (grain, corn) which inevitably results in growth of food prices. Using of non-food sources as raw materials, such as corn stalks, straw of cereals, bagasse, various tree species leads to considerable complication of technology which makes production unprofitable.

Biobutanol manufacturing technology is unique and connected with a number of issues to be solved. Our team, together with scientists, took active part in development of technology for biobutanol production from raw materials containing cellulose.

Our team had a difficult task – to select and supply modern equipment for SRI’s scientific and experimental complex, including its installation and start-up. The team had to select among the laboratory outfit offered in the market the equipment that would satisfy the following criteria: 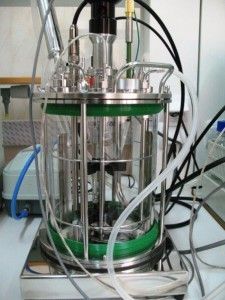 To carry out parallel cultivation in order to determine optimal technological parameters, we proposed to use a line of laboratory autoclavable fermenters. One of the features of our fermenters is that fermentation process is controlled from personal computer keyboard. It allows to easily control and maintain of the main parameters of fermentation. Further, we reinoculated the culture to pilot fermenters. Our fermenters allowed to determine optimal cultivation conditions and ensure maximal output of biomass with high protein content.

There was as well installed a line of pilot sterilized-in-place fermenters (10-50-200 liters) joined under a single controller to study possibility of scale up the processes and to determine optimal technological regimes of biobutanol production. Automatic control program was constantly comparing and adjusting cultivation parameters at each stage which allowed to maintain the set cultivation parameters and to determine optimal time to make necessary changes in processes parameters.

At the stage of solvents separation, it was necessary to separate water from the target product. Using CEPA laboratory centrifuge was an ideal solution of this issue as this centrifuge operates faster than its analogues and takes less space which is a determining factor for the laboratory.

A lot of distillery waste remained after separation of target product (solvents) may be used to obtain a valuable feed product after cultivation of specially selected microorganisms. 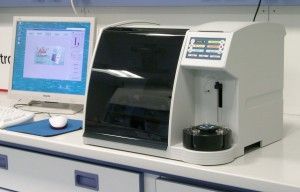 One of the most important tasks successfully solved by the expert team was selection of optimal regime of carrying out constant process of acetone-butyl fermentation which would have high specific productivity and increased concentration of solvents in the medium. The point was that the target fermentation product – biobutanol – is a cell metabolite which inhibits activity of biobutanol producer cells – Clostridium acetobutylicum – if its concentration in the medium exceeds threshold values. We have selected a unique device for this case – EloTrace, made by Biotronix GmbH, Germany, which allows to make constant monitoring of microorganisms cells in the process of fermentation by measuring their metabolic activity using electro-optical method, and to promptly respond to any changes. This, in its turn, has led to decrease of production costs, increase of target product output and, therefore, to increase of production profitability. 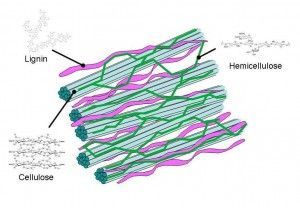 In addition to hardware equipment of the laboratory, the process of technology development had required to engage experience and knowledge of experts from various fields of science. Working together, scientists and experts had solved many issues without which obtaining of the technology would be impossible. The point is that the main difficulty in using wood as a raw material for manufacture of biobutanol is that cell wall contains lignin bound to cellulose fibers. Lignin is a polymer and a non-hydrolyzable component of wood which impedes effective work of ferments. Scientists have developed an innovative method cellulose-containing raw materials pretreatment using ferments of fungi upon which cellulose is almost totally decomposed to simple sugars. This method allows to avoid using of aggressive chemical reagents (such as sulfuric acid) and appearing of a huge amount of slime which is emerged upon traditional approach.

In addition, lignin, received as a by-product, is a ready raw material for further obtaining of polymeric materials, fuel pellets, enterosorbents, etc. This, in its turn, leads to increase of production profitability.

The main difficulty in solving this task was selection of the most efficient ferment complex, producer strain and corresponding process implementation which would ensure optimal cultivating conditions.

The result? Of course, biofuel. And also difficult but very interesting work which required full commitment and allowed our company’s experts to gain invaluable experience and new knowledges. The technology developed has allowed not only to produce biofuel, which costs much less than its analogues do, but also to solve the problem of wastes recovery and decrease energy intensity of production. 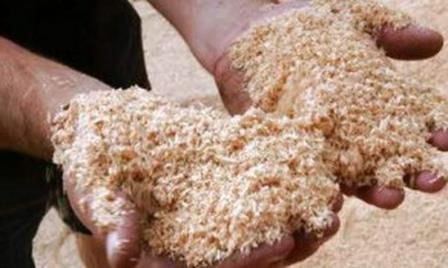