By breathing in carbon dioxide and hydrogen, an engineered version of the bacterium Ralstonia eutropha produced branched alcohols, compounds that can be blended with gasoline or serve as an energy source on their own. This could help repurpose carbon emissions in a way that can generate money.

The researchers, who published their findings earlier this month in Applied Microbiology and Biotechnology, initially studied this bacterium because it can form polymers under stress. “We’ve been looking at this organism for 25 years now,” said Anthony Sinskey, one of the report’s co-authors and a professor of microbiology at the Massachusetts Institute of Technology.

He noted that Russian scientists also investigated R. eutropha as a way to scrub carbon dioxide from their manned spacecraft and to serve as a potential food source.

The bacterium’s versatility stems from the soils it dwells in, where it claws and competes with fungi, animals and other bacteria for whatever nutrient scraps come its way. “I think it’s grown up in an environment where it’s got to sneak a living,” Sinskey said. “It’s really a survival organism.” As a result, R. eutropha can repurpose whatever it can eat – sugars, fats, oils, carbon dioxide – to make the proteins and polymers essential for its existence.

With funding from the Department of Energy’s Advanced Research Projects Agency-Energy, the scientists found they could get the microorganism to make other useful chemicals and even fuels with a little bit of genetic tweaking.

Scaling production up, costs down

Using a strain first isolated in Germany, the team altered a pathway R. eutropha normally uses to make branched amino acids, some of the basic units of proteins. “We did not disrupt any of the growth-related genes,” said Jingnan Lu, the study’s lead author and a chemistry doctoral student at MIT. “We’re mainly diverting away intermediates.” This is critical because the scientists want to ensure the bacteria still thrive while making fuel, so they have to balance the organism’s survival needs and their production demands.

The upgraded bacteria produced branched alcohols with concentrations topping 270 milligrams per liter. The researchers found they could push this even higher by removing alcohols every 24 hours from the bacterial cells, leading to fuel concentrations above 14 grams per liter over 50 days.

Christopher Brigham, another co-author and a research scientist in MIT’s Department of Biology, explained that the bacteria could then be cultured in a bioreactor, where they grow on a stream of carbon dioxide coming from a coal-fired generator or a steel processing plant.

“One of the key things to think about in designing a reactor for this is that the fuel product we’re making is toxic to the bacteria,” he said, observing that such a device would have to remove the alcohols as they are made. “Ideally, we want to make a continuous bioreactor.” To cultivate microorganisms utilizing gases as a nutrition source SYSBIOTECH Company designed fermenter with gas medium.

This approach offers some advantages over other bacterial biofuel pathways, such as those that use Escherichia coli to make ethanol. R. eutropha does not need biomass or sugar to grow and will still function when exposed to pollutants and contaminants like carbon monoxide. Branched alcohols can also work as drop-in fuels, unlike ethanol, which requires specifically modified engines.

With rising grain and food commodity prices, a biofuel pathway that only uses waste gases may become an attractive option for energy producers, according to Sinskey. R. eutropha could also benefit the climate.

The researchers will now focus on optimizing their bacteria to bring its fuel production up while bringing its costs down. “Instead of milligrams per liter, we need to get to grams per liter,” Sinskey said. 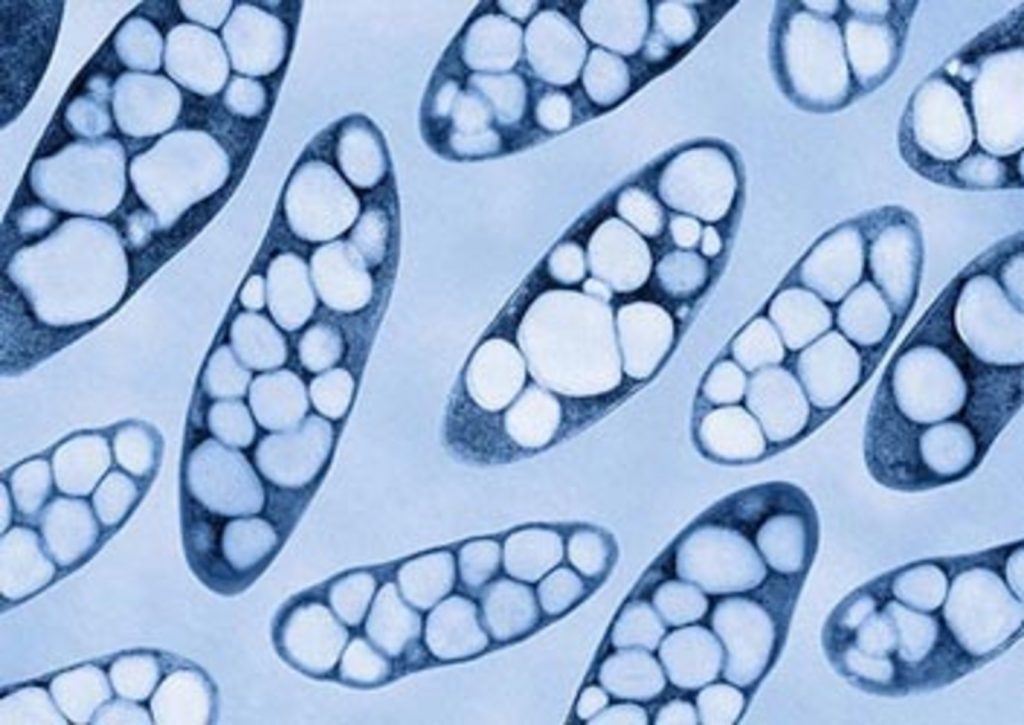